For five months, Richard*, who had a 20-year history of diabetes, experienced numbing, burning, and tingling sensations in his lower limbs. By the time the sixty-four-year-old sought help from a Traditional Chinese Medicine (TCM) practitioner, his lower calves were hyper-pigmented, his tongue was dark red with a thick coating, and his pulse was tense and “slippery”.

With herbal medications, however, his symptoms improved noticeably. He continues to take the prescribed herbs and returns to his TCM physician for fortnightly reviews.

Traditional Chinese Medicine has a long and successful history of treating diabetes and its complications. References to xiao-ke, a disease characterised by persistent thirst and hunger, copious urination and weight loss, can be found as early as the 1st century BCE, in the medical text Huang Di Nei Jing (The Yellow Emperor’s Inner Classic). Translated literally as “wasting thirst”, it was believed to be the result of consuming too much fatty, sweet, or rich food.

Today, TCM practitioners see poor diet as just one of four major contributing factors to the root cause of diabetes, believed to be a depletion of yin energy – a cool, dark and earthy energy – combined with excessive asthenic fire in the body.

Beyond greasy, sweet and spicy food, and alcohol, all of which exhaust the spleen and result in the production of damp heat, three other factors commonly cause yin depletion and excessive fire in the body:

Unlike conventional medicine, TCM is not concerned with blood glucose levels but instead, the actual symptoms displayed by the individual patient. These symptoms can be distilled into three main categories: upper, middle, and lower wasting.

Upper wasting is primarily characterised by excessive thirst. Other typical symptoms may include a dry mouth, irritability, a red tongue with a thin yellow coating, and rapid pulse. A TCM practitioner may diagnose someone with these symptoms as having Lung Heat with Depletion of Jin syndrome – a rise in internal heat, primarily in the lungs, due to a deficiency in yin jin (body fluids). This can be treated with a concoction made with Coptis Chinesis (Huang Lian), Ophiopogon Japonicas (Mai Dong), and Radix Rehmannia (Sheng Di Huang).

Finally, lower wasting can be recognised by excessive turbid urination, often accompanied by lower lumbar pain and weakness in the knees, fatigue, dizziness, tinnitus (ringing in the ears), dry lips, dry and itchy skin, a red tongue with little or no coating, and a thin and rapid pulse. These symptoms point to a deficiency of yin in the kidney syndrome, which is commonly treated with Six-flavour Rehmannia Pills, made with Schisandra (Wu Wei Zi), Chinese Yam (Shan Yao), and Wolfberries or Goji berries (Gou Qi Zi).

Particularly over the last decade, scientific studies have backed the use of TCM to complement or augment conventional medicine in the treatment of diabetes, and to mitigate the risks associated with certain medications.

In a study conducted in 2013, 800 patients were treated with either the ‘Xiaoke Pill’, a compound of Chinese herbs combined with glibenclamide, or glibenclamide alone. Glibenclamide, an antidiabetic drug commonly used to treat type-2 diabetes, is associated with drug-induced hypoglycemia. At the end of 48 weeks, those taking the Xiaoke Pill showed a significantly reduced risk of hypoglycemia and similar improvements in glycemic control compared to those who took glibenclamide. The controlled, double-blind trial was conducted in China and edited by US-based Pennington Biomedical Research Center.

It is important to remember however, that when TCM is used in conjunction with western medication, it should always be done with the knowledge and advice of both a qualified TCM practitioner and a western medical professional.

Eat your way to better health

As important as herbal medication is, it is only part of the solution.

“Even with medication, diet control is just as important,” says Senior Physician Tang. He advises patients to avoid foods high in sugar, such as candy, chocolate, pastries, and sweetened drinks, and to reduce their intake of starch and fat.

Instead, they should fill up on foods with a low glycaemic index (GI), which can help reduce spikes in their blood glucose levels. These foods include oats, wholemeal bread, brown rice, lentils, soy and walnuts. Other beneficial foods, like black fungus, Chinese yam, barley, American ginseng and wolfberries can be consumed in soups.

Lifestyle changes must also be made, which means adopting a diet that is low in fat, sugar and salt, and making time for aerobic exercise. This makes the body more receptive to insulin, says Senior Physician Tang.

“In Mandarin we say 管住嘴、迈开腿 (Guǎn zhù zuǐ mài kāi tuǐ), or watch what you eat and exercise since neglect of both is the most common cause of type-2 diabetes. Focus on maintaining a healthy Body Mass Index of between 18 and 23, and try and get active for at least 150 minutes a week. It will help you control your blood glucose levels and find your way to better health,” she says.

*Not his real name 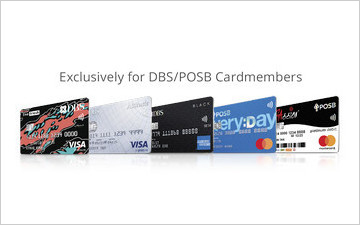